Document and monitor your agency’s Immigration Enforcement while ensuring that citizen’s rights are protected. Defend your department and employees against claims of discrimination with proper documentation and statistical reporting.

"The program is working out really good and the FTO’s are really happy with it." 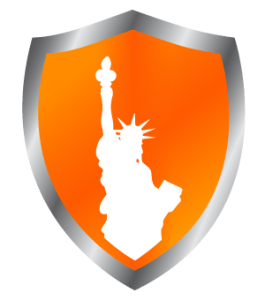 On June 25, 2012, The United States Supreme Court upheld in Arizona v. United States, a provision that not only allowed, but required local law enforcement to investigate a person’s immigration status. In Section 2 of this decision, officers are required to make a “reasonable attempt” to determine the immigration status of any person stopped on a legitimate basis if the officer has “reasonable suspicion” that the person is an illegal alien and is unlawfully present in the United States. Furthermore, an arrestee’s immigration status is to be determined before they can be released. Civil rights and immigration watch dogs have expressed concern that that this law opened the door to racial profiling and vowed to keep a watchful eye on law enforcement.

Immigration Field Investigation Report software (IFIR), allows law enforcement agencies enforce immigration laws while simultaneously ensuring that enforcement is being conducted according to the rule of law. Questions or accusations regarding immigration enforcement can quickly be answered and addressed via statistical data and the embedded early warning system. Officers are required to complete only one simple online report that captures all necessary information associated with conducting an investigation into the immigration status of an individual.

What Sets Us Apart?

Ready To Get Started?

See LEFTA Systems Applications in action by scheduling a demo today. Click below to learn more.

Your product is top notch and you are one of the most professional individuals I have ever met.

The CTOs like using LEFTA. Prior, they were filling out paper DORs, so LEFTA to them is amazing. Myself and the other supervisors love the ease of LEFTA.

I have been playing with the program and its very user friendly.

The program is working out really good and the FTO’s are really happy with it.

When we purchased the LEFTA Program, it had not become the suite it is now.  Since acquiring the program, we have also purchased METR, VIPR and FACTS as well.  These programs are very customizable and user friendly.  Our agency is already looking at other modules to add to what we currently have.